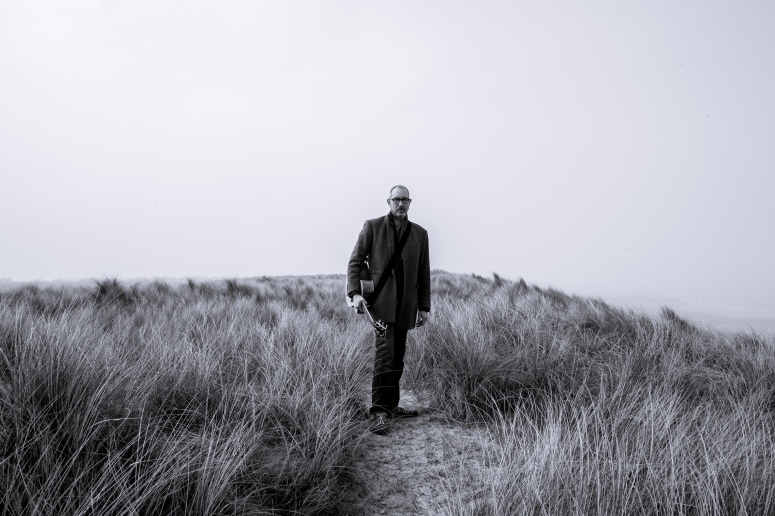 Simon is a tall, English musician and writer who has an enviable collection of admirable hats. He resides in the fair city of Norwich.

Since 2016 he has been playing gigs in and around Norwich and Norfolk, including in February 2019 at the Waterfront in Norwich, where he supported Sam Lewis from Nashville. Summer 2019 he played ButeFest in Scotland along with the likes of Big Country and Space.

Simon has now released 8 albums of thoughtful and eclectic material which encompasses folk sensibilities mixed with chamber pop and rock, as well as an album of soundtrack pieces, one EP and a Christmas single.

‘The Unbearable Brightness of Seeing’ is comprised of 12 songs all written and recorded during the wind-strewn and snow-laden month of February 2018. It attempts to capture many moods of the time with themes of love, loss, the sea and the snow.

‘The Garden Studio’ was recorded in July 2018 and features an eclectic mix of songs from the reflective to the tongue-in-cheek.

In February 2019 he released an EP entitled ‘The Lights of Nowhere Town’ which features the the moving ‘England is Falling Apart’.

In May 2019 he released the album ‘Atomnesia’ and a the album ‘Amazing Graciousness’ was released on Breadknife Music in November 2019.

His most recent album, ‘Placenames’, was written and recorded in March 2020 during the pandemic lockdown and rightly features themes of isolation.

Simon Tall has been featured on BBC Introducing and is one of the regular hosts of the Music House sessions at Jurnets bar in Norwich. He is always looking to gig. Please get in touch if you wish to book him.

All of his music is available for download and streaming on Bandcamp, iTunes, Apple Music, Spotify and elsewhere. Just search ‘Simon Tall’.

2 thoughts on “ABOUT Simon Tall”