I’m very pleased and proud that one of my short stories, ‘Retrograde Amnesia’ has just been published in the anthology ‘The Petrified World’.

There are some seriously talented writers who have donated their stories to this book. Well worth a read.

This collection of eleven short stories takes the idea of taboos, of hidden subjects, of unspoken truths as its loose theme. Some of the stories address potential problems for a near future Earth, some do not, but are all linked by the idea of what is not being talked about, whether that’s between families, colleagues, in the news or on a wider scale.

All of these stories have been given freely in support of this collection profits from which will be donated to Population Matters – once you have read them why not take a moment to read about the underlying issues, and what you can do to help at www.populationmatters.org.

Many thanks to Martin Pond for putting this great book together.

An opening to a novel I have yet to write…

Why do we live forever?

It was when everyone else was looking at the sky that I caught myself looking at her.

Of course I was scared and exhilarated, like we all were, almost to the point of vomit-inducing panic. I know that Jerry even pissed himself. You don’t read about that in all the heroic accounts of that day. There was screaming and shouting and the banshee wails of fear but I couldn’t take them in. I wasn’t even looking up when the giant sun-blocking shadow slipped over our shaking bodies like a wave. The most momentous thing that had ever happened in the history of existence and what was I doing?

I was looking at her.

She was serene, unmoved apart from the slight smile, the downdraft pushing her hair across her face. Why wasn’t she frightened?

Imagine, as I’m sure many of you have, that you were one of the few who were there to see it. Actually be part of it and what that felt like. It’s hard to remember. Of course our fame has long been well documented, but back then we were just seven people. Seven ordinary people who did ordinary things.

When people ask me, as they often do, what the ship was like mostly I lie. I tell them what the others said. I say things like ‘It was big and black,’ abstract things like that. Melissa said it was beautiful, the way it bristled with technology. But the truth is I wasn’t looking, it happened so fast and what was I doing? I was looking at her.

So I suppose my memory of it is one that’s tinged with regret. Like if you’ve seen a shipwreck and you stand by dumbstruck when maybe you should help those poor injured souls floundering on the rocks. Or when somebody shouts road-rage profanities at you from their car about what a lousy driver you are and you simply mouth a ‘sorry’. It’s only later can you think of witty reposts that would put their arrogant stupidity back in its box. It’s only later you can think about what you should have done. What the right thing to do would be.

My memory of it is her. And it’s been so very long since I saw her.

Valium. It seemed like an odd drug to give me but I’m used to it now. I felt like it was something old fashioned, that housewives in the seventies got addicted to. Yes I know that it had other names. Diazepam, Xanax. Funny how they used give the same psycho-active drugs so many different names, maybe just to confuse us patients. We were by the tree when Joust gave me the pills. ‘Joust’, what kind of a name is that for a doctor? I still find it funny, the names they give themselves, even after all this time. I asked him if he had any other names. He said I could call him ‘friend’ so that’s what I call him. ‘Joust Friend’. Most of them don’t have second names. It’s like they don’t think names are important. Names of drugs, names of people. What do they matter? They are only labels; reference points to allow ease of communication. And in the end that’s all we have in life; imperfect ways of communicating things we can’t ever truly express. Not adequately anyway. I never told Melissa I loved her.

It was Joust who suggested I write this, although he suggested it as a journal. A journal of my experiences. But actually its more like a memoir.

The tree is famous too. It’s where it happened. Where we saw the ship. The tree is famous because it hasn’t aged. The scientists have long given up poking and prodding it, they know that it is the impossible oak that is forever blooming green as if there is perpetual summer. A tree stuck in aspic for all eternity. Although everyone knows that can’t be right. Nothing lasts forever. Nothing. Lord knows I should know that.

I live in a small room, five metres square. Of course it has windows, but I still can’t get used to them even after all these years. Each wall is part of an intelligent machine that is what they refer to as a building, so I can ask the windows to show anything I like. Usually I just ask for the view outside; a tree lined plaza. The people walk and talk and sit, like people have always done, but it still feels odd to me. Unreal.

I’ve lived here for ten years, before that I was asleep. For five centuries. Why did I choose that? It’s simple really, I didn’t tell the doctors I wanted to be dead but didn’t know how. So I chose to sleep. It was easy really, I just went to sleep one day and they couldn’t wake me. Some part of my subconscious knew they were trying for months to wake me but I had programmed myself to resist. Eventually they just let me be. Oh I know they did tests on me for years, trying to work out how I was still alive without food or water, but as the years passed I was left alone to dream.

I suppose the real question is why did I wake up? 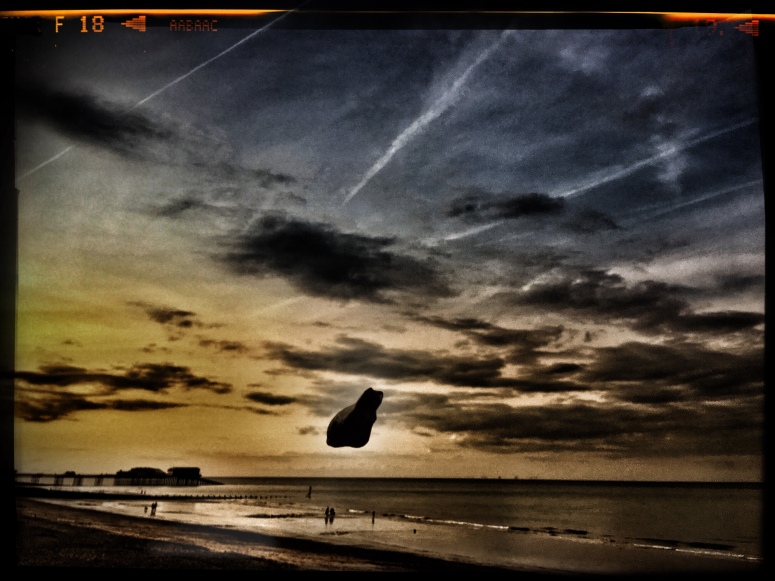