So here is the final extract from my NaNoWriMo adventure this year. I managed to win and beat the fifty thousand words in the thirty days. The novel itself is going well having completed five chapters and I envisage at least another five, which would take me to a hundred thousand words. Hopefully I can manage that by the end of January. This extract is only partial as my novel does contain some quite grizzly murders, so I have only included a short part of it, not wanting to offend anyone. I do kind of wonder how these sadistic murder scenes have come out of my head and what they say about me? As ever any comments or thoughts are welcome…

The classroom had powder blue walls that had seen brighter days. The blue reached between a dado rail and a high picture rail, as if it were a sky that ringed the room. Pin holes and Sellotape marks of a thousand children’s posters scarred the surface of the paintwork, as if the walls were a flatland scoured by centuries of weathering, minuscule craters pockmarking the surface. Arched windows were placed high in the room, as if the Victorian architects had decreed it to be sinful for little children to see outside. What sinful deprivations might they see on the London streets four floors below? Now those windows were cracked but mostly intact, for they were too high for the vandal’s stones that had wreaked havoc upon the glass of the second and third floors. For it is a truth that once one window is broken by a mischievous missile then the same fate will befall all the rest. Unless, of course, the window is too high, even for the most athletic of throws.
And it is also a truth that most vandals are lazy and cowardly. It would be far too much effort to scale the high fence, with its red signs proclaiming the building to be unsafe. And even more effort would be required to break through the boarded up windows and doors of the ground floor. So, the odd little gang of street kids that did happen to pass by no longer bothered to try lobbing stones at the top floor. The second And third floor windows were all smashed, no sport there. Besides those urchin boys had better fish to fry, like playing ‘knock down ginger’ for the umpteenth time, or getting older lads to by them fags from the corner shop.
The only visitors Frances had in that top floor room, apart from him, were the pigeons who would sit and preen on the high stone window ledges. Their cooing could be soothing but their scrabbling and scraping against the glass could unnerve in the small hours of the night. But theirs wasn’t the only sound, there was the constant rumble of traffic from the nearby flyover, sometimes big lorries could rattle the windows if the wind was favourable. All those thousands of passing people; so near and yet so far.
White bird shit smears dribbled and dried on the glass, casting daubs of yellow shadow across the curling tiles of the floor and up over the few remaining wooden desks. Old school desks with lids and empty stained ink wells; carved graffiti the last evidence of their former school-hating occupants. In one high corner of the ceiling sat the large spider, manning its thin strand of web in the hope of some passing tiny winged insect, a meal that would sustain it for months. She was almost jealous of its diet.
It hardly moved for days on end, one hairy leg balanced on the strand the rest pressing the cracked paintwork. A weightless piece of life that could defy the eternal pull of gravity with a wobbling grace. When it did move it simply shifted, one or two limbs stepping sideways, as if making itself more comfortable. Never had she seen it venture away from its web. If only she could venture from the web that trapped her.
Twelve desks. School desks, with sloping lids. He had prepared it well, each desk bolted to the floor, the twelve forming a simple cross in the middle of the room. Frances was arranged lying on their surface, her arms spread wide in a crucifix, legs pointing straight down the length of the cross, her ankles even crossed, like any popular depiction of Jesus. Around her neck he had fashioned a semi-circle of curved metal; a collar screwed into the wooden lid of the desk. Similar metal half circles were screwed over her forearms and shins, although these he had made from the rusty jaws of animal traps; smaller versions of the classic bear trap, the kind of trap that if you stepped into its jaws it’s snap would maim you. Half-circles of metal with rusted teeth that pressed her skin. Just to be sure he had used copious amounts of strong black gaffer tape, over her wrists and ankles, waist and chest. Stomach bulging and breasts flopping in between the stripes of tape.
It had struck her, absurdly, that she knew what Gulliver felt like when the Lilliputians had tied him to the sand. The spider was her Lilliputian, a small creature observing with eyes on stalks from its vantage point above her giant form, spread-eagled on the children’s desks.
“Help!” she shouted, “Help me!” 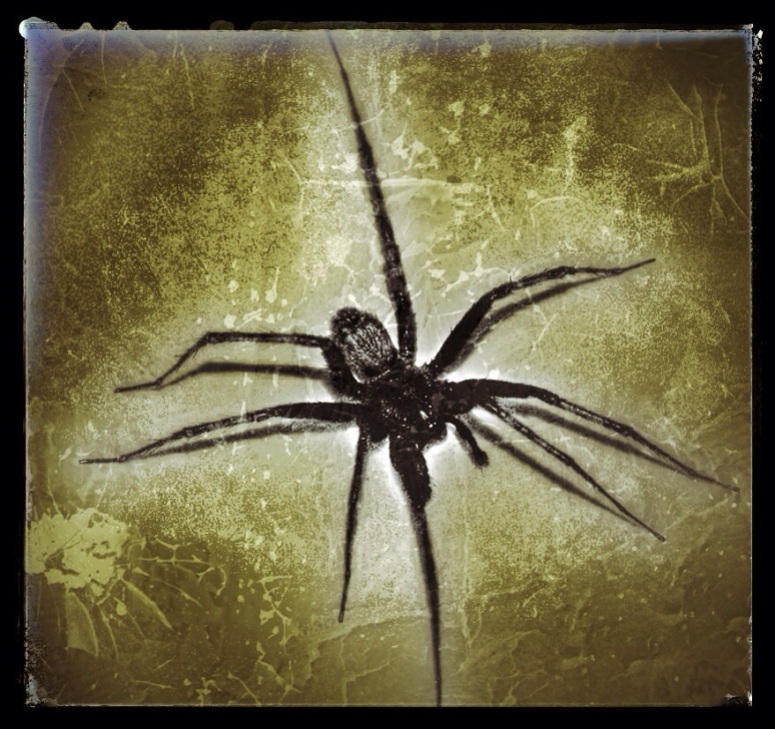 Week three of NaNoWriMo and I am still just about on track, clocking 36,369 words as I write this. The story itself is becoming more complex and darker with every word I write. Anyway, here is the third extract, I hope you enjoy it and as ever any thoughts or comments are most welcome: 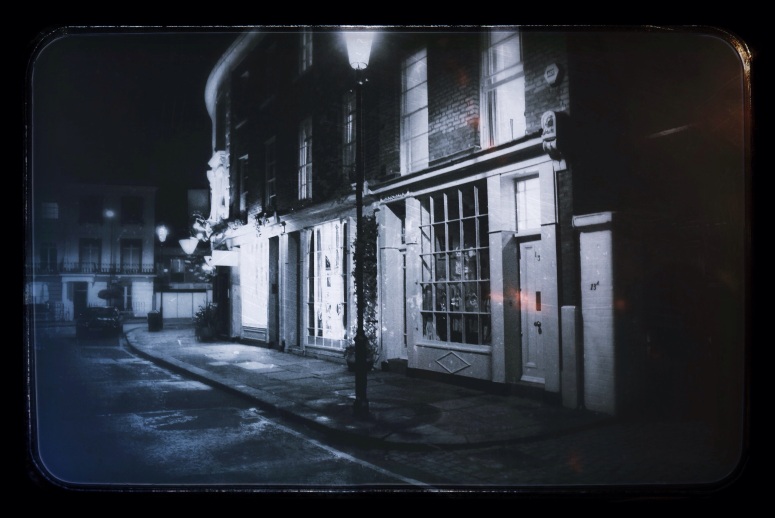