Again I am proud and pleased to present another fab and interesting GUEST POST. This time from the wonderful Raine Thomas. She asks the difficult question about sex; when is it too much for young people to read about? Please give your comments and feelings about this subject and check out Raine’s books, blog and twitter listed below. Thanks Raine!

“Sex: How Much is Too Much in YA Fiction?”

​Thank you, Simon, for thinking to invite me to take over your blog for this guest post. I’m honored and thrilled to be here!

​I’m still getting the hang of this guest blogging thing, so I hope you’ll bear with me out there. I think the toughest part of any guest blog , especially for a Type A such as myself, is identifying a topic. What do you mean, I can write about anything? What do you mean, there aren’t any guidelines or restrictions? Really??

​But I’m not one to back down from a challenge, so here I am. In reviewing other guest posts featured on Simon’s (awesome) blog, I realized that some of the writers presented excerpts or samples of their work and that this was well-received. So I considered doing this myself and wondered how to package it in an engaging guest blog.

​That got me thinking about just what excerpt I should present. I write young adult fantasy/romance. I know Simon’s specialty genre is science fiction, which is quite different. Would I even have an excerpt that would appeal to Simon’s blog audience?

​And then it occurred to me…the one topic that interests just about everyone: sex.

​Oh, don’t try to deny it. I’ve caught your attention now, haven’t I?

​Romantic fiction doesn’t have to include graphic sex, though many romance novels do. In particular, YA romance doesn’t typically include sex. So when I decided to have my characters pair up, I had to ask myself this: just how much is too much in regard to scenes hinting at or directly involving sex when it comes to YA fiction?

​This is a topic that has been written about quite a bit, and I knew when I made my decision to have my teenage characters engage in sex that I’d probably take some heat for it. Surprisingly, that hasn’t happened yet. Perhaps that’s because my heroines are all eighteen and my heroes are much older than that (being Estilorians and thus immortal). Then again, that might just be another point of contention for some readers. Time will tell.

​Anyone who hasn’t had their head in a hole in the ground is aware of the popularity of Stephenie Meyer’s Twilight series. Without getting into spoiler territory, the last book of the series includes sex. The scenes were essential to the plot and occurred between characters who were at least nineteen, but Ms. Meyer still received criticism about them. Did this weigh into my decision to include sensuality in my books?

​In my opinion, an essential part of being a young adult is exploring sex and intimacy. Any teen who isn’t curious about the birds and the bees is, well, outside of the norm. Thus, a YA romance (particularly one that features older teens and is targeted to high school-age readers and older) would practically be outside the norm NOT to touch on sex.

​Well, that’s my story and I’m sticking to it. That said, I’ll present you with an excerpt from my book Becoming, the first book in the Daughters of Saraqael Trilogy. The scene, featuring the main characters, Amber and Gabriel, is reflective of other scenes involving sensuality throughout the trilogy. I welcome your comments on whether you think this crosses a line in YA fiction:

Her stomach fluttered nervously as she reached for the doorknob, and she mentally chided herself. This was Gabriel, for goodness’ sake. She opened the door at last, but didn’t see him down the hallway. Figuring he was sitting in the living room, she tossed her bag onto the bed in their room and walked out to join him.
The back of his head was visible from where he sat on the sofa watching SportsCenter on the television. At the sound of her shoes on the wood floors, he called out, “You should’ve seen the highlight they just showed, Am.” He turned with a smile as she paused a few feet into the room. “You would’ve—” The smile dropped from his face, his mouth hanging open on whatever he had been about to say.
He slowly got to his feet, but his eyes never left her. Amber instantly decided all of her effort had been worth it just to see his expression right now.
As he stepped closer, his gaze moved from her head to her toes and lingered in places that brought a hot blush to her cheeks. His expression intense, he reached out, took her hands and slowly lifted both of her arms up above her head. When she felt the cooler air in the room against her suddenly bare midriff, she tried to pull her hands away from his.
“Uh-uh,” he argued, his grip tightening to hold her in place.
Then he started turning her, his gaze settled on her waistline. Fighting back her blush, she indulged him by turning in a complete circle.
“My, oh, my.”
He drawled out each of the words as she once again faced him and caught his gaze. His eyes had picked up the sharp blue of the T-shirt he wore and were filled with male appreciation. He released his hold so she could lower her arms, but his hands moved to either side of her hips to pull her within a couple of inches of his tall frame. His thumbs ended up resting against her skin where her sweater didn’t quite meet her jeans, and his touch evoked an excited stutter in her heartbeat.
“Wherever did this come from?” he asked, his gaze searching her makeup-enhanced features.
Trying to sound nonchalant, she replied, “Alicia took me shopping. At the Gap.”
“Did she now?”
She nodded as his hands idly caressed the bottom edge of her sweater. Her skin flushed with heat wherever he touched. “And Victoria’s Secret.”
He blinked a couple of times as he processed that blurted admission. Finally, he managed, “Is that right?”
His eyes had darkened a bit in color and he had swallowed hard after her last statement. So she added, “And Bath and Body Works.”
Rather than comment, he closed the meager distance between them by pulling her up against him. Then he leaned down toward her neck and slowly drew in her scent. The feeling of his warm breath against her skin made her entire body simmer with pleasure. With barely a thought, she tilted her head sideways to give him better access. His lips gently brushed her exposed neck and collarbone, making her pulse race.
“I’d thank Alicia, but I think she’s trying to kill me,” he whispered into her ear. She gripped his arms and closed her eyes as all of her nerve-endings blazed. His lips then moved along her jaw line. “Still, I can see you intend this to be a kind of a present for me. I can’t help but appreciate it for what it is.”
Then he captured her mouth. Her every thought centered on him as passion flared. His scent: like the ocean wind before a storm, calm with the potential for aggression. His taste: rich, potent and heady. His body: hard, strong and enveloping.
As he kissed her, his hands moved slowly from her hips up along her ribcage, leaving a blazing path of sensation behind. She could barely breathe as he reached ever higher. His hands explored her leisurely, the feelings he generated with his touch both intensely pleasurable and inexplicably tormenting. She issued a ragged sound that might have been a sigh or a moan.
When he eventually broke away from her, he stepped back and held her at arm’s length, his head lowered as he caught his breath and struggled to center himself. Although the move had been abrupt, she couldn’t take offense. It was obvious she had inadvertently pushed him to an edge she hadn’t even realized existed. She warred with delight and guilt over having trampled on his usual gentlemanly sensibilities.

​What do you think? Please leave a comment here and look me up at one of these handy places: 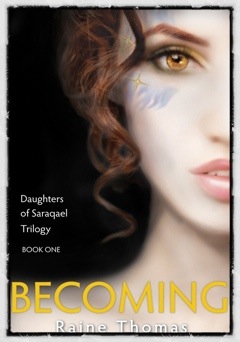 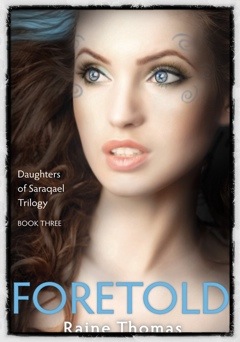 33 thoughts on “Sex: How Much is Too Much in YA Fiction?”