Today I have the pleasure of presenting a guest post by the talented Melody Kaufman (MAJK) who asks an interesting question. You can find more of Melody’s thoughts on her wonderful website: SAFIREBLADE.

Are you Read or just Published?
By MAJK

Welcome to the E-book Revolution. It’s an exciting time where everyone can be published. Just dash out about 50,000 words on your laptop and all your dreams will come true.

You didn’t believe that did you? Did you rush over and start writing the next Fifty Shades of Grey, or On the Island? I hope not. It takes more than dashing off words and tossing them online to become a successful writer. It takes discipline, talent, and more than a bit of luck.
We’ve all heard people say how badly written certain works that are now major motion pictures (*cough Twilight cough*) are and wonder idly how these things came to be multi-million dollar franchises while really good indie authors are still juggling day jobs and writing.
Whenever I think of this I take out an autographed CD case signed by Garth Brooks before his super star days. He was a singer just trying to make it performing in bars all over the place. Years later in the midst of a star studded multi-album career he would tell Barbara Walters there were guys in Nashville who could sing better, write better, and looked better. So why did he get signed and not them. Timing is everything. He met the right people at the right time that were into the type of material that he had to offer. That is how the world works but does that mean you should throw up your hands.
No.
The author of the Island worked diligently mornings before her day job writing the book On the Island. Discipline. There has to be a burning desire to write. Many people (myself included) deride Fifty Shades of Grey for being written terribly. It began as a fan fic. For those of you unfamiliar with what a Fan Fic is – it is short for fan fiction, which generally describes a story written by a fan using the world and or characters of a popular movie, game, anime, or book. Now here is the part where I defend a novel I truly dislike. Regardless of E.L. James writing (because let’s face it most debut novels aren’t that well written) the fact is that she was writing for her readers. The work was removed from the fan site due to content and she didn’t give up but placed it on her own site and kept writing. Discipline.
Another thing you will notice that one thing all of the recent “Black Swan” indies have in common, is audience. They had an audience. Before the big names would even look at them they were selling to readers. Lots and lots of Readers. Average, everyday people were willing to spend their money and their time to read these works.
Their marketing tactic was the one that has been around the longest ~ Word of Mouth. From what research I did there were no blog tours, books trailers, or Twitter campaigns. I could be wrong but it looked fairly organic. No big advertising budget made lightening strike for these writers. Just plain and simple – one reader to another – word of mouth and good reviews.
Ultimately, these authors were not successful because they were published. You could say they were, in fact, published only because they were successful. The big dogs smelled money and came running. These authors had readers waiting eagerly to read what they wrote. Tracy Hickman Author of Eventide and Wayne of Gotham says “when strangers value your writing enough to pay money to read your words and breath life in to them you may be a professional author” and I am inclined to agree with him.
When it comes right down to it you aren’t really an author unless you are read. No matter how many books you publish.

Thanks Melody. I will say at this point that I never really liked Garth Brooks, and as for Twighlight, don’t get me started (am I the only person who thinks it is a little weird/dodgy for someone who is about 100 years old to go to high school and date a teen?). Anyway, as ever all comments on this post are welcome! What do you think? 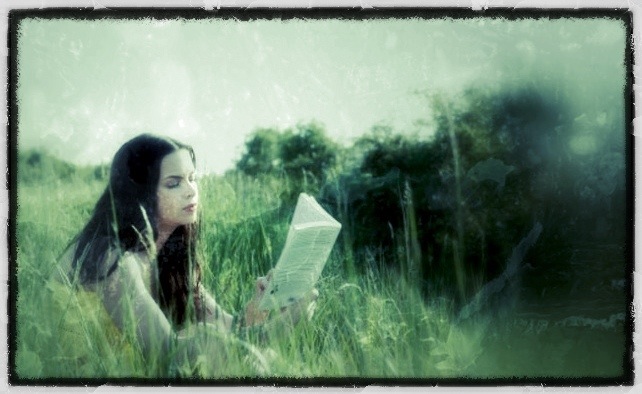 7 thoughts on “Are you Read or just Published?”