A well regulated Militia, being necessary to the security of a free State, the right of the people to keep and bear Arms, shall not be infringed.

This is what the second amendment of the United States Bill of Rights says. This was adopted, along with the rest of the bill of rights, on the 15th December 1791. Two hundred and twenty one years ago.
Obviously, like everyone else, my heartfelt sympathies go out to the families and all those connected with the recent horrific shootings in Connecticut. This latest tragedy is sadly another in a long line of such tragedies.
I am an Englishman who lives in a country where there is strict gun control; where our police force mostly do not carry guns, simply because they do not need them most of the time. It seems painfully obvious and logical to me that if you have less guns you will have less senseless death. Most in Europe would agree with this and we cannot understand the logic of America resisting gun control.
I will try to be clear because I know that this post will create controversy amongst some American readers. I am not arguing that gun control is the only solution to such tragedy. It is true that we have gun crime in the UK. It is also true that addressing mental health issues is needed to try to curb such murderous intent. It is also true that we should think carefully about how our societies often glamourise violence and gang culture. All of these need addressing but, for me, controlling guns is the obvious first step.
What I am arguing is that it is patently obvious that if you have less guns you will have less murder. The shooter in Connecticut would not have been able to slaughter so many innocent children without access to guns and ammunition. Neither would the perpetrators at Columbine or any of the other recent shootings in the USA. Any figures you care to look at show that less guns mean less murder. For example:

As a European I cannot understand the mindset of those who argue that it should be the right of ordinary citizens to own guns. What is the purpose of such a thing?
For me the 2nd Amendment doesn’t even argue this. It argues for a “Well regulated Militia,” – a ‘Militia’ implies a group of people – citizens – trained to defend a state, perhaps from foreign invasion (e.g to defend against us – the British). I am well aware that congress has interpreted the 2nd Amendment to mean that individuals can own guns but was that really the original intention back in 1791? The US has well trained armed forces and police forces to defend itself. Therefore Militias are redundant.
Some will argue that you need an armed citizenry to defend against a possible tyrannical government. But, like European nations, America has the ballot box and the option of peaceful protest when it finds those in power distasteful. Armed civil war would and should not be a desirable option; just look at Syria right now.
I apologise if my opinions offend any of my American readers; that is not my intention. We are lucky to live in countries where free speech, opinion and dissent are allowed. I do not mean to preach but it all seems so logical and obvious to me.
So be brave America; it’s time to ditch the guns.
I will finish with a quote from one of my heroes; Thomas Paine. Paine was an Englishman who was instrumental in the birth of the USA and the American War of Independence. I am an Englishman who grew up in his birthplace and went to the same school that he did. This quote is from his revolutionary pamphlet ‘Common Sense’ and surely now it must be time for common sense to prevail; less guns equals less death. The children of Connecticut deserve no less than common sense. As Paine rightly said:

“A long habit of not thinking a thing wrong, gives it a superficial appearance of being right, and raises at first a formidable outcry in defense of custom. But the tumult soon subsides. Time makes more converts than reason.” 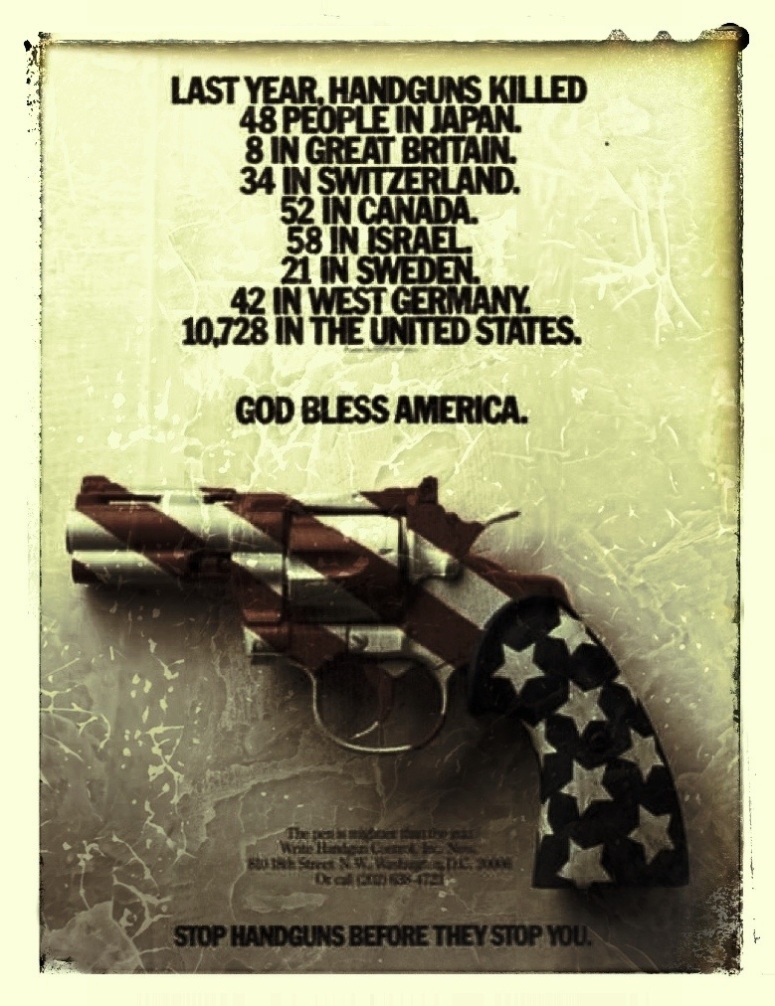 8 thoughts on “Isn’t it time America ditched the guns?”